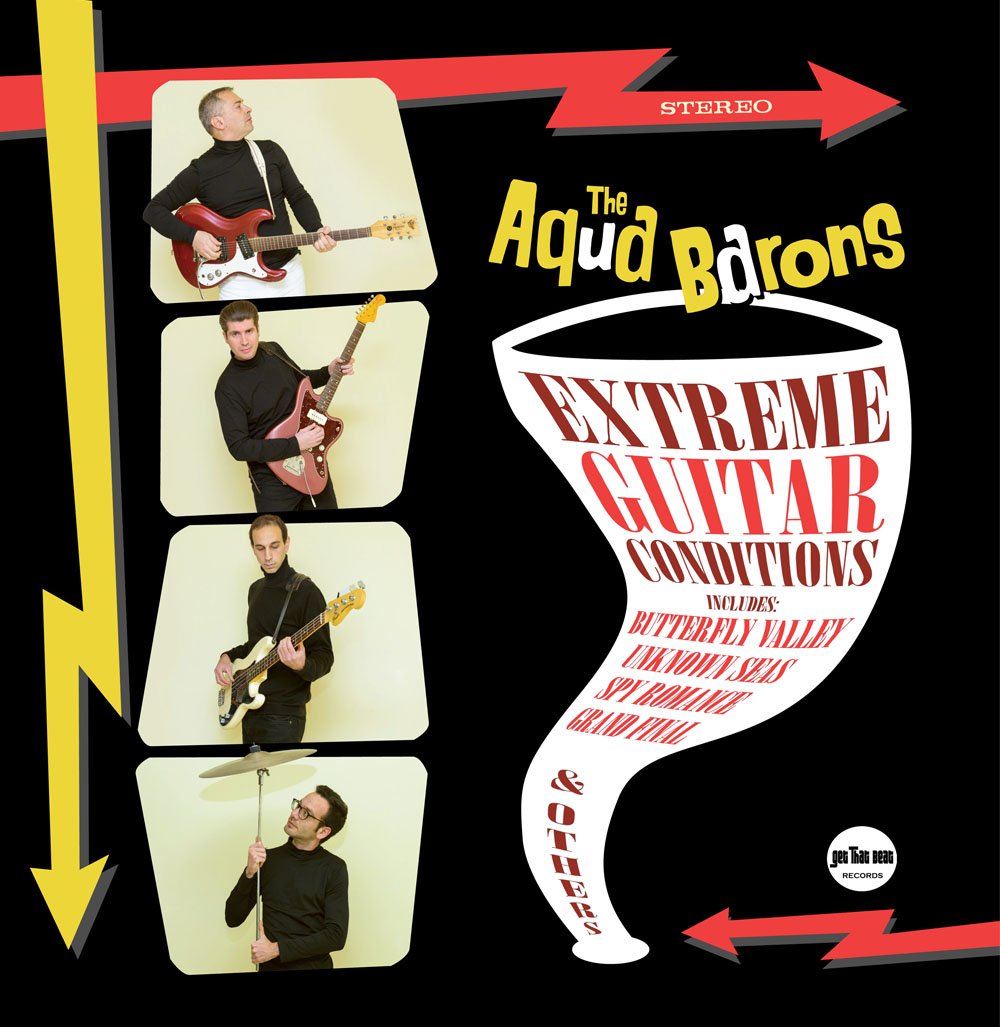 The Cd version of Extreme Guitar condition will be out on Friday October 30th you can preorder the cd through our bandcamp page and  from Get That Beat Mailorder as well.

The Aqua Barons were formed in January 2010 in Lechaion, Corinth by the two brothers Petros & Philippos Sotiropoulos, they really dig vintage gear & influenced from traditional So-Cal surf music, with guitars soaked in reverb and fuzz, and from the lyricism of the European instro bands from the 60's as well!!! Their 1st instro-strike was in 2014 via the comp ''Searching For Atlantis'', including the ab-fab tracks ''Osonupo'' & ''Fuzzlalum'' & their 1st full-length released two years later called ''Southeast Stompers'' (Green Cookie Rec.). The same year the instro magazine Continental, picked up ''Into The Deep'' for the CD-comp # 24!! Their 2nd full-length ''Extreme Guitar Conditions'' is out, gathering 10 brilliant tracks! The opening track ''Spy Romance'' is one of the best instrumentals ever written & I mean it, a catchy melody that will stuck on your mind, an up-tempo with fuzzed guitar parts, as well a bubble-up organ make this one a real masterpiece!!! ''Galaxy Cruise'' & ''Jungle Calling'' will travel you in a perfumed instro-exotica garden, while ''Butterfly Valley'' is another fave instro with nostalgic-bittersweet mood & ''Town Of Shelter'' is the perfect soundtrack for a movie, dealing with a ghost town, or maybe in far west where outlaws seek  protection from their predators?! (as Petros said). ''Crazy Orbits'' is an alternate space-instro-oddity, blended with Beat Oscillator sounds, a shot to the moon & back to planet earth!! You'll find also a 2nd & slightly different version titled ''Crazy Orbits (English Spaceman)''! ''Gulag Party'' is a fab drenched instro with Polka flashes, while ''Unknown Seas'' is a trippy tune with excellent guitar work, backed with nice backing vocals and Doo-Wop feeling & ''Grand Finale'' is a weird encounter with vibraphone, a mash of goosebump-melodies, kinda of like John Barry meet Henry Mancini's compositions!!! A must have for the reverb-heads, an instro-blast for any rock'n'roll fan out there!!! Don't miss this album for any reason!!!