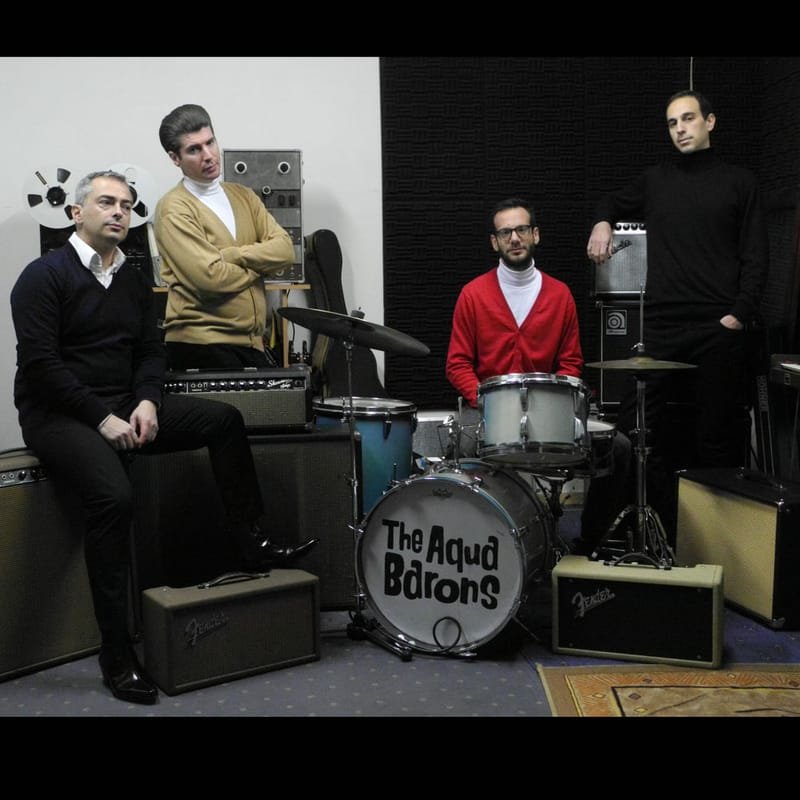 The Aqua Barons were formed in January 2010 in Lechaion, Corinth by the two brothers Petros & Philippos Sotiropoulos. Soon the band started gigging covering mostly surf standards. After a long period of inactivity they make their comeback in the Summer of 2013.

Their sound is influenced from traditional So-Cal surf music, with guitars soaked in reverb and fuzz, and from the lyricism of the European instro bands from the 60's as well.

They appear in the Discography for the first time in the all Greek surf bands compilation “Search for Atlantis” (Green Cookie records 2014) with two tracks. “Surfer Joe festival 2015” in Italy and stage appearances with some of the worlds top surf bands is what follows. Their debut album "Southeast Stompers" released in 2016 ( Green Cookie Records ). The band performs in the following years non-stop in Greece and abroad setting their trademark with their vintage aesthetics and sound and with original compositions that really stand out. In March 2020 they finished their 2nd album called "Extreme guitar conditions" which will be released in LP and digital by Get that beat records.